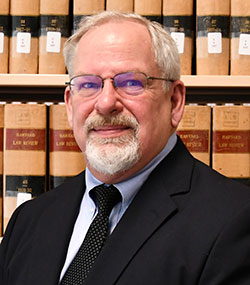 Charlie joined the Circuit in 2020. He received a B.A. in Government from Cornell University in 1976 and his J.D. From Vanderbilt Law School in 1979. He spent four and a half years as a trial attorney for the U.S. Department of Justice’s Civil Division, Commercial Litigation Branch. He then returned to his hometown, Little Rock, Arkansas and spent 30 years in private practice as a commercial litigator. He came to Florida in 2014 to join a major energy company as senior litigation counsel. He "retired" from that company in March 2019 and was a mediator and arbitrator before joining the circuit.