Harder, Silber and Gillen, Albany, N. Y., partner handling labor-and-employment relations and discrimination matters for employers, labor organizations and individuals. Employer clients included both Fortune 500 and smaller companies in such industries as aerospace, broadcasting, data processing-and-retention, food-manufacturing-and-distribution, horse-racing, newspaper-publishing and local-and-over-the-road trucking. Labor-organization clients included three state-wide associations of registered nurses in the Northeast. Practiced before state and federal administrative agencies and several regions of the National Labor Relations Board in New York, Massachusetts, Pennsylvania, Maine and Florida. Practiced in federal district courts and courts of appeals in the Northeast. Handled one case in the United States Supreme Court which did not reach oral argument.

Business management in both the broadcasting industry and in fast-food retail-sales in five Florida cities.

Florida Department of Children and Families, 1997 - 2012. Statewide Appeals Director from 2008 through 2012. In that capacity, appeared in all five District Courts of Appeal; regularly in the Second, Fourth and Fifth. Also appeared many times in the Florida Supreme Court including for oral argument six or seven times. Though not for oral argument, made appearances in several cases in the United States Supreme Court.

Former Member of the teaching faculty in the Florida College of Advanced Judicial Studies.

Married with two adult children and three grandchildren. One child is a federally-certified school teacher and the other is a veterinarian. 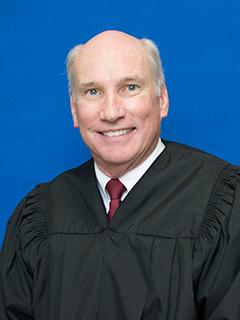