Judge Nutt was appointed as a Judge on Florida's 15th Judicial Circuit by Governor Rick Scott in December 2017. He previously served for 23 years as Counsel and the Litigation Practice Group Leader for the South Florida Water Management District. Early in his career he owned James E. Nutt, P.A. and worked with Searcy Denney, the Broward State Attorney and Broward County Attorney's Offices.

Judge Nutt received his bachelor's degree from Oglethorpe University in Atlanta, Georgia in 1980 and earned both Masters in Business Administration and a Juris Doctorate degrees from Nova Southeastern University, in Fort Lauderdale, Florida in 1990.

Judge Nutt stays active with the Palm Beach County Bar Association, Inns of Court and tries to support many other legal organizations.

He was born in Old Greenwich, Connecticut, moved to Coral Springs, Florida, in 1973 and spent much of his youth with his grandparents in the Shenandoah Valley of Virginia. He is married to Cheryl Kempf. 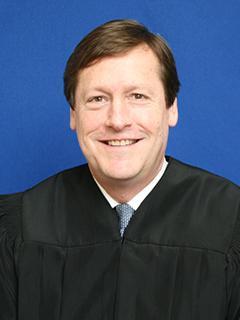